Spend even a little time in the world of genealogy and you will encounter removed used to describe the relationship between two cousins; for example:

The degree of the cousin relationship (e.g. First Cousin, Fourth Cousin in the examples above) is determined by the cousin that is closest in relationship to (fewest generations below) the Most Recent Common Ancestor (MRCA) of the two cousins.

Closest cousin is 3 generations below the MCRA → Second Cousins

Below is a handy and well-formatted table of consanguinity from Graham Chamberlain: 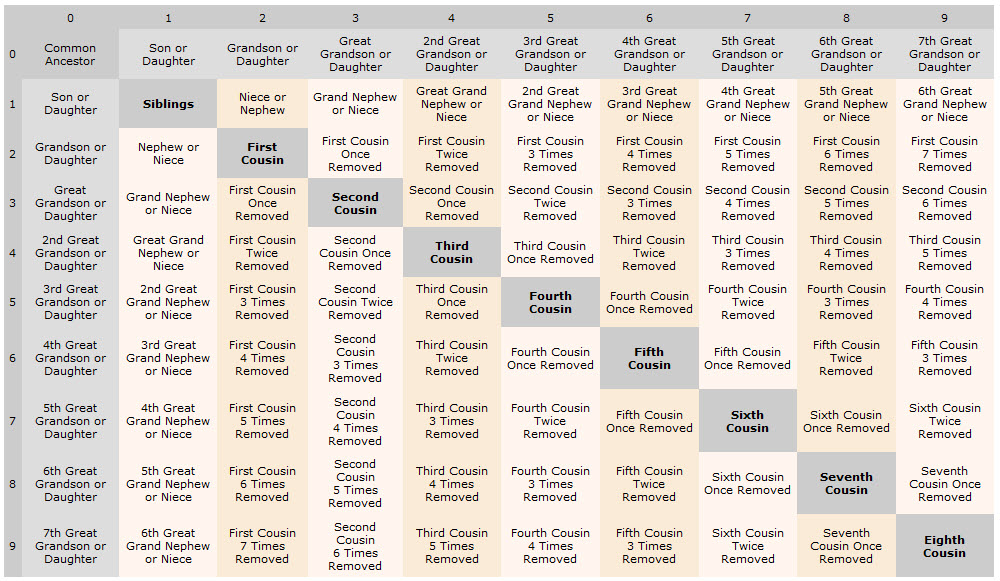 You can learn even more about cousins from Wikipedia.